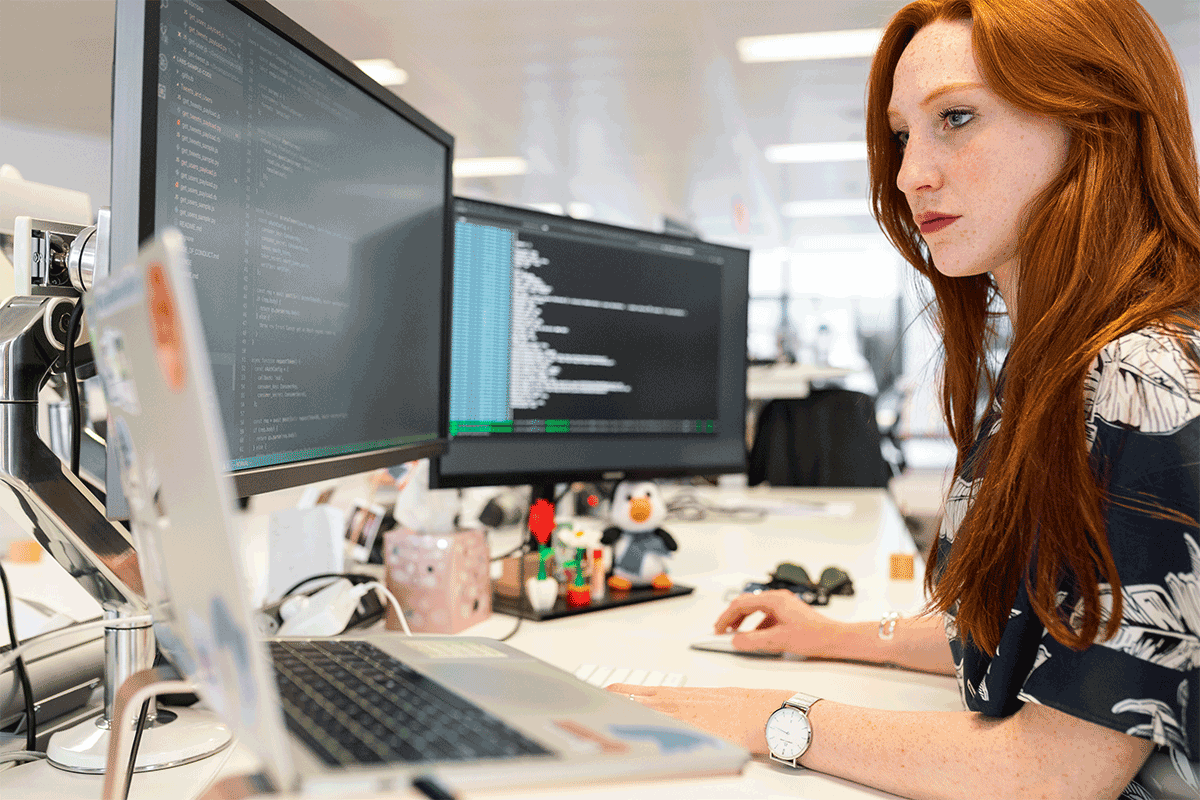 Learn about each of the 5 generations of computers and major technology developments that have led to the computing devices that we use today.

Most major developments from the 1940s to present day have resulted in increasingly smaller, cheaper, more powerful and more efficient computing devices.

What Are the Five Generations of Computers?

In this Webopedia Study Guide, you’ll learn more about each of the five generations of computers and the advances in technology that have led to the development of the many computing devices that we use today. Our journey of the five generations of computers starts in 1940 with vacuum tube circuitry and goes to the present day and beyond with artificial intelligence (AI) systems and devices.

The following technology definitions will help you to better understand the five generations of computing:

The first computer systems used vacuum tubes for circuitry and magnetic drums for memory, and were often enormous, taking up entire rooms. These computers were very expensive to operate and in addition to using a great deal of electricity, the first computers generated a lot of heat, which was often the cause of malfunctions.

First generation computers relied on machine language, the lowest-level programming language understood by computers, to perform operations, and they could only solve one problem at a time. It would take operators days or even weeks to set-up a new problem. Input was based on punched cards and paper tape, and output was displayed on printouts.

The UNIVAC and ENIAC computers are examples of first-generation computing devices. The UNIVAC was the first commercial computer delivered to a business client, the U.S. Census Bureau in 1951.

The world would see transistors replace vacuum tubes in the second generation of computers. The transistor was invented at Bell Labs in 1947 but did not see widespread use in computers until the late 1950s.

The transistor was far superior to the vacuum tube, allowing computers to become smaller, faster, cheaper, more energy-efficient, and more reliable than their first-generation predecessors. Though the transistor still generated a great deal of heat that subjected the computer to damage, it was a vast improvement over the vacuum tube. Second-generation computers still relied on punched cards for input and printouts for output.

From Binary to Assembly

Second-generation computers moved from cryptic binary machine language to symbolic, or assembly, languages, which allowed programmers to specify instructions in words. High-level programming languages were also being developed at this time, such as early versions of COBOL and FORTRAN. These were also the first computers that stored their instructions in their memory, which moved from a magnetic drum to magnetic core technology.

The first computers of this generation were developed for the atomic energy industry.

The development of the integrated circuit was the hallmark of the third generation of computers. Transistors were miniaturized and placed on silicon chips, called semiconductors, which drastically increased the speed and efficiency of computers.

Instead of punched cards and printouts, users interacted with third generation computers through keyboards and monitors and interfaced with an operating system, which allowed the device to run many different applications at one time with a central program that monitored the memory. Computers for the first time became accessible to a mass audience because they were smaller and cheaper than their predecessors.

The microprocessor ushered in the fourth generation of computers, as thousands of integrated circuits were built onto a single silicon chip. What in the first generation filled an entire room could now fit in the palm of the hand. The Intel 4004 chip, developed in 1971, located all the components of the computer from the central processing unit and memory to input/output controls on a single chip.

In 1981, IBM introduced its first computer for the home user, and in 1984 Apple introduced the Macintosh. Microprocessors also moved out of the realm of desktop computers and into many areas of life as more and more everyday products began to use microprocessors.

Quantum computation and molecular and nanotechnology will radically change the face of computers in years to come. The goal of fifth-generation computing is to develop devices that respond to natural language input and are capable of learning and self-organization.

NEXT
The History of Windows Operating Systems

Reviewed by Web Webster   Learn about each of the 5 generations of computers and major technology developments that have led to the computing devices that...
Read more

What is Digital Darwinism?

Digital Darwinism is the application of Darwin’s Theory of Evolution to the digital...
Read more
Computers

Heuristic, pronounced hyoo-ri-stihk, is a Greek term for individually finding or discovering. In...
Read more