A programming language is a vocabulary and set of grammatical rules for instructing a computer or computing device to perform specific tasks. The term programming language usually refers to high-level languages, such as BASIC, C, C++, COBOL, Java, FORTRAN, Ada, and Pascal.

How does programming language work?

Each programming language has a unique set of keywords (words that it understands) and a special syntax for organizing program instructions.

A program written in a particular programming language has two parts: instructions written in that language and statements written in another language called machine code. Machine code is a binary format that consists of ones and zeros (1 and 0); each digit represents either an instruction or data within the program.

When a programmer types a command into their computer’s terminal, it sends those instructions to their computer’s processor, which translates them into machine code, so it can execute them. It then takes any information produced by those commands and translates it back into something humans can understand—usually English.

The process is similar for websites; when a user enters text into a search engine like Google, it converts the user’s query into machine code before sending it off to its servers. It then processes all of the results from its search algorithm using machine code before translating them back into a human-readable form.

To learn more about programming, check out these courses.

Lying above high-level languages are languages called fourth-generation languages (usually abbreviated 4GL). 4GLs are far removed from machine languages and represent the class of computer languages closest to human languages. Regardless of what language is used, the program must eventually be converted into machine language so that the computer can understand it. There are two ways to do this:

Recommended Reading: See compile and interpreter for more information about these two methods.

What are a programming language’s key functions?

The main functions of a programming language are to store and manipulate data, control hardware, provide security, and be an understandable medium for humans. Most programming languages share these functions as their key characteristics but differ in many ways, such as syntax or library sizes.

Other functions vary based on how they’re being used. For example, if a language is being used to control hardware, it needs additional programs that tell it how to process data without human interaction.

In addition, encryption may be needed if it’s used for communications between two devices. Programming languages use standardized functions to communicate with each other, so compatible devices can communicate.

Anyone who writes computer programs will use a programming language. Programmers are in charge of translating people’s ideas into code, from video games to websites to software. They write documentation about how to write code for an application or website. Some professionals that use programming languages include:

There are many different programming languages in use today, but they fall into five main categories according to their purpose. They include:

A procedural programming language uses statements to specify actions, allowing a programmer to write instructions (called procedures) a computer can execute. These instructions tell a computer what operations to perform on given data and how these operations should be performed.

A functional programming language emphasizes functions that return values, which can be used by other functions or be assigned as values to variables or data structures. It treats computation as the evaluation of mathematical functions and avoids state and mutable data. Functional languages were designed with theorem-proving in mind rather than traditional computer applications.

A logic programming language allows programmers to write programs based on rules expressed in logical form.

What is the top programming langauge?

According to IEEE Spectrum’s interactive ranking, Python is the top programming language of 2017, followed by C, Java and C++. Of course, the choice of which language to use depends on the type of computer the program is to run on, what sort of program it is, and the expertise of the programmer. 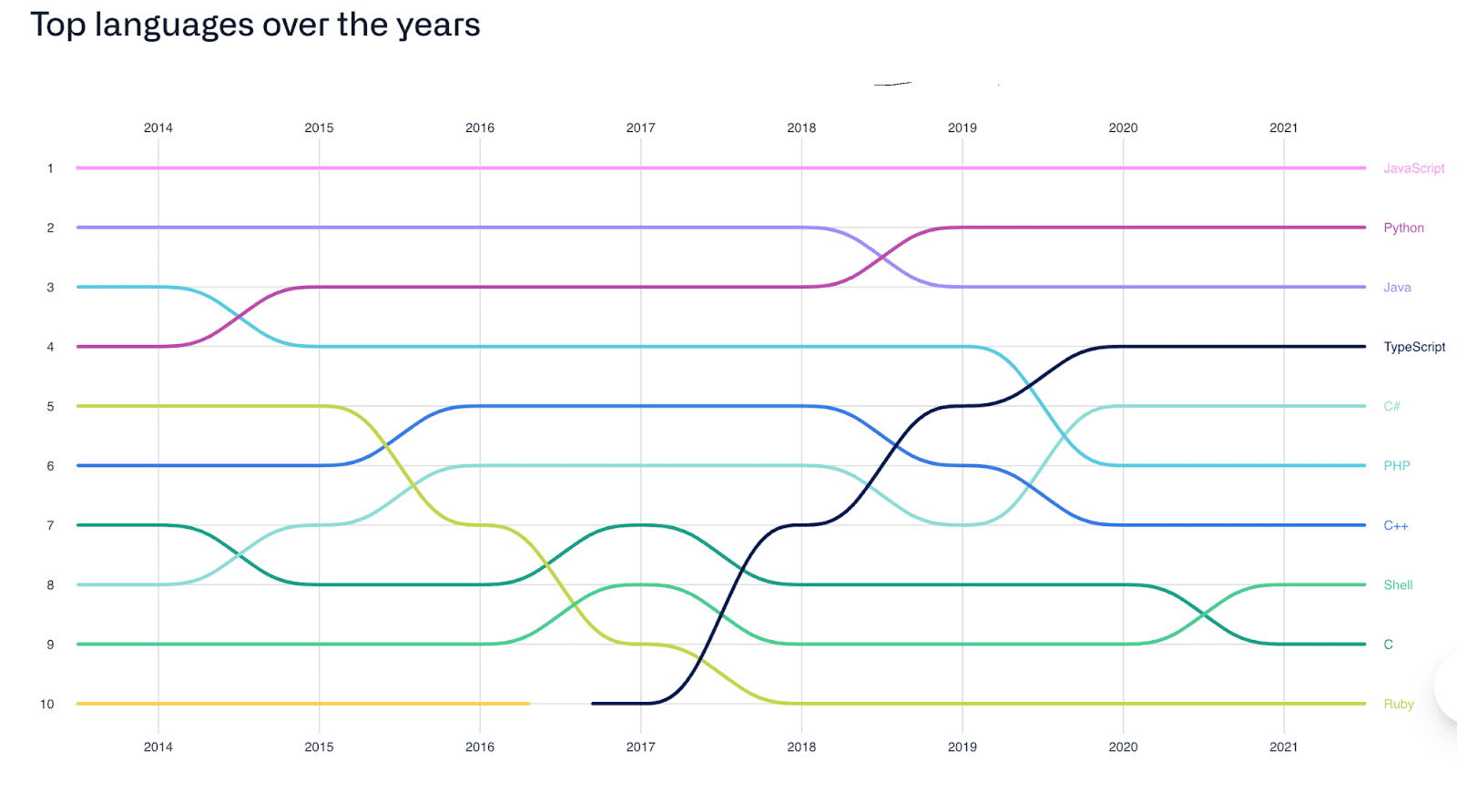 When it comes to choosing a programming language, there’s no single right answer. Each one has its own strengths and weaknesses—and those change over time as new versions of languages are released.

The important thing is to understand a project’s programming language requirements before deciding which one is best for the project.

JavaScript is a lightweight programming language that runs in web browsers. It’s a scripting language for both client-side (web-based) and server-side (running on web servers) uses.

It enables websites to store and use data, access parts of pages known as components, update those components’ contents, run functions when events happen on a website, make pages more interactive, etc.

Moreover, it’s supported by all major browsers, which means it can reach virtually any user across multiple platforms (Windows PCs, Macs, Linux computers). In short, JavaScript is arguably one of the most important programming languages in today’s age of web development.

The most common use of JavaScript is to create interactive elements on web pages, such as user login boxes, checkboxes, or dropdown menus that all become active when users hover over them with their mouse pointer.

Python is a simple language created by Guido van Rossum in 1991. It is an interpreted language, meaning it doesn’t need to be compiled before use.

Python is an interpreted high-level programming language for general-purpose programming. It can be used to automate tasks, conduct data analysis, create graphical user interfaces (GUIs), develop video games, and more. Other Python use cases include:

Java is both a programming language and a computing platform. Programmers can use Java to write apps for phones, desktop computers, laptops, tablets, and smartwatches. And because it is based on C/C++ syntax, many of its commands are similar.

But where C/C++ enables developers to write low-level code for systems programming, Java was designed for high-level app development.

It was initiated in June 1991 by James Gosling, Mike Sheridan, Chris Warth, Ed Frank, and Patrick Naughton. However, it was initially released at Sun Microsystems in 1996 after undergoing different name iterations (Oak, Green, and Java from Java coffee).

Java is a programming language that allows programmers to build applications and software. Thanks to its object-oriented nature, a massive library of prebuilt APIs, and cross-platform capabilities, it’s especially useful for creating enterprise apps.

Java can create anything from games to mobile apps, desktop applications, websites, enterprise software, and embedded systems. Other use cases include:

TypeScript is an open-source, object-oriented language developed and maintained by Microsoft. This JavaScript superset adds types, classes, and modules to JavaScript and allows developers to write applications on any browser or platform without additional compiling.

It’s used in large-scale web applications and popular libraries such as AngularJS. In addition, TypeScript is based on ECMAScript 6th Edition (ES6), so it’s highly compatible with most other JavaScript codebases.

TypeScript’s purpose is to simplify large-scale applications through advanced features such as optional static types, classes, and modules. Many organizations that employ TypeScript also use it for microservices—small pieces of code built to perform a single task—as it improves unit testing.

C# is a modern programming language used for building applications for web, desktop, mobile, gaming platforms, and embedded devices. It’s most commonly associated with Windows development but is also popular with Microsoft’s Xamarin for mobile development and Android apps.

The AND operator is a logical operator, or Boolean operator, that evaluates to TRUE if all of its operands are true and FALSE otherwise....