Android 9 Pie arrived on Google Pixel and the Essential Phone devices on August 6th, 2018, after being announced by Google earlier in the year in March as Android P.

The central theme among Android 9 Pie s updates is the aid of artificial intelligence technology to help the OS adapt to the specific patterns of the primary user of the smartphone, making daily use of the device as easy as pie for customers. 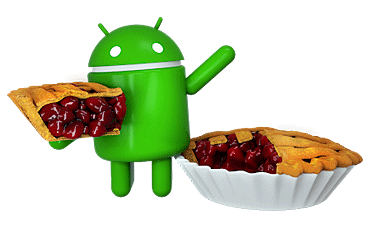 This plays out in new features like Adaptive Brightness and Adaptive Battery, which learn over time how the Android Pie device is used and maximizes background apps and services for optimal battery life and use, as well as App Actions, which predict what a user will likely be doing next and prepares the device with actions intended to help the user, such as loading a favorite music playlist as soon as wireless earphones are powered on and connected.

Other enhancements and new features to improve use in Android Pie include a Digital Wellbeing Dashboard similar to Apple iOS s Screen Time feature that gives the user reports about screen time and phone usage and can set time limits for use.