DES is short for Data Encryption Standard, a popular symmetric-key encryption method developed in 1975 and standardized by ANSI in 1981 as ANSI X.3.92. DES uses a 56-bit key and the block cipher method, which breaks text into 64-bit blocks and then encrypts them.

What Is the Data Encryption Standard (DES)?

The DES algorithm was developed by an IBM team and later adopted by the National Institute of Standards and Technology (NIST). The encryption algorithm was the first one approved by the U.S. government for public usage and was soon adopted by industries like the financial services sector.

It formed the foundation of all subsequent encryption algorithms. The purpose of DES was to protect the privacy of numerical data saved on computer systems and distributed via the internet. DES was first used to secure the confidential data of government agencies.

How Is DES Used?

After the U.S. government approved the Data Encryption Standard for public usage, different industries started using it. It has been used to encrypt SIM cards, smart cards, routers, and modems.

Today, DES is not used to encrypt any confidential data, but the symmetric key encryption algorithm is still used to provide training on cryptography. DES is used for academic training that explains the basics of digital cryptography, including:

Some organizations still use the algorithm for non-sensitive information. However, there’s always a disclaimer stating users must understand the potential risks involved in using the standard.

Is DES an Improvement in Hashing?

Hashing is a form of cryptographic security and is different from encryption. Encryption is a two-step process and involves encrypting and decrypting data. Hashing, on the other hand, condenses data into an irreversible fixed-length value known as a hash. Encryption transforms data into ciphertext while hashing provides a hash value.

Hashing, like encryption, scrambles the input data into randomized output data. However, it differs significantly from encryption in that hashing is a one-way process. Once data has been scrambled, it’s very difficult to unscramble it, reverse-engineer the input, or interpret the output.

Has DES Been Replaced by Something Else?

DES has mostly been replaced by the Advanced Encryption Standard (AES), a more mathematically efficient cryptographic algorithm. It’s more powerful and allows users to choose a 128-bit, 192-bit, or 256-bit key. This is what makes it exponentially stronger than even 3DES, which is still limited to 56 security-relevant bits.

On July 19, 2018, the National Institute of Standards and Technology announced that it would retire the Triple Data Encryption Algorithm, 3DES, which is the more secure form of DES. The institute announced that 3DES usage would be disallowed after 2023. AES is now the world standard because it secures sensitive information better. 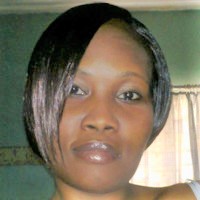 Alice Musyoka
Alice Musyoka is a B2B Content Strategist, Copywriter, and Children’s Author. She’s been writing professionally for over 9 years and has worked with some of the world’s top brands. Her superpower is writing compelling content that resonates with readers and ranks on search engines. You can connect with her on LinkedIn.