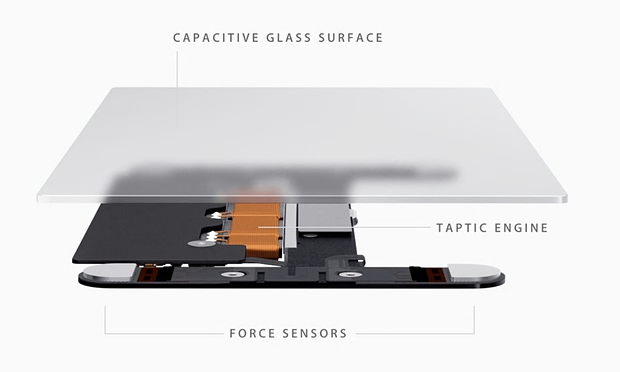 A combination of “tap” and “haptic feedback,” taptic engine is a name Apple created for its technology that provides tactile sensations in the form of vibrations to users of Apple devices like the Apple Watch, iPhones, iPads, and MacBook laptops.

Apple debuted its taptic engine technology along with the Force Touch feature in the 2015 editions of Apple MacBook notebooks and the initial Apple Watch, and the two features work together to provide a user with more input control and feedback.

How Taptic Engine Technology Works on the iPhone and Other Devices

Taptic engine functionality became part of the iPhone in late 2015 when Apple added what it calls a “3D Touch” feature in the Apple iPhone 6S that senses the amount of fingerprint pressure applied to the iPhone 6S display and reacts accordingly.

With taptic engine functionality, users of Apple devices feel sensations that vary based on the type of feedback provided, which allows the device to quickly convey information without the user needing to look at a screen or display. For example, a taptic engine-enabled device may send one type of vibrating alert when new notifications arrive and another type when a meeting is about to start.