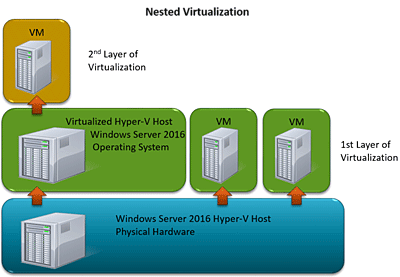 Nested virtualization can be used for development and testing purposes, virtualization training, providing guest virtualization to end users, deployment testing of “virtual clouds,” testing configurations and other cases where running multiple hypervisors on the same host server might be needed.

What is an Email Address? An email address is a designation for an electronic mailbox that sends and receives messages, known as email, on a...

The information technology architect applies IT resources to meet specific business requirements. The role requires a high degree of technical expertise as well as...