Cryptocurrency is an increasingly trending term referring to digital money that can be purchased, transferred, and/or sold securely using cryptography, which encrypts and protects the data used to help identify and track cryptocurrency transactions.

Unlike regular currency, which exists in tangible form or is backed by something tangible like gold, cryptocurrency is purely digital money and exists solely in the internet. Additionally, cryptocurrency, also known as cryptocoin, is not backed or managed by an authorized third party like a bank or government.

In other words, cryptocurrency exists as a secure, decentralized form of currency, with cryptocurrency transactions changed and verified by a network of computers that aren t affiliated with any one single entity. 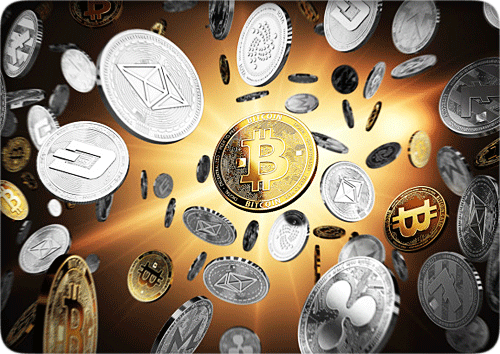 Cryptocurrency largely relies on a distributed ledger technology known as blockchain to provide both a transparent and secure means for tracking transactions and ownership of the cryptocurrency.

The data on a blockchain is meant to be shared while also adhering to the primary premises of cryptocurrency being decentralized, secure and anonymous. Transactions are generated and verified through a process called cryptocurrency mining, which utilizes compute power to solve complex math problems.

Cryptocurrency miners agree to share the compute power of their machines to validate and process cryptocurrency transactions, and in exchange the miners receive small portions of the digital currency.

The most recognized form of cryptocurrency, Bitcoin, was created in 2008 and has seen its value increase exponentially in the past year. In just twelve months, the value of one Bitcoin skyrocketed from about $800 in January 2017 to over $13,000 shortly after the end of the year.

While Bitcoin may be the most well-known and used form of cryptocurrency, it certainly doesn’t have a monopoly on the cryptocurrency market. There are now more than 1,000 forms of cryptocurrency on the Internet today, and popular alternatives to Bitcoin such as Litecoin (developed in 2011), Ripple (2012), Dash (2014) and Ethereum (2015) have all attracted attention and market capitalization in recent years.