The Internet is generally defined as a global network connecting millions of computers. More than 190 countries are linked into exchanges of data, news and opinions.

The Internet is Decentralized

Unlike online services, which are centrally controlled, by design, the Internet is decentralized. Each Internet computer, called a host, is independent. Operators can choose which Internet services to use and which local services to make available to the global community. Remarkably, this anarchy by design works exceedingly well. There are a variety of ways to access the Internet. Most online services offer access to some Internet services. It is also possible to gain access through a commercial Internet Service Provider (ISP).

Is Web and Internet the Same?

Recommended Reading: The Difference Between the Internet and World Wide Web. 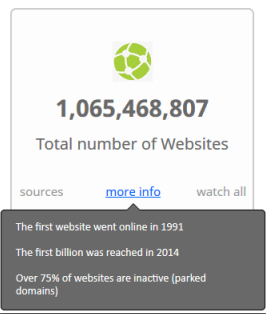 Who Owns the Internet?

No one actually owns the Internet, and no single person or organization controls the Internet in its entirety. The Internet is more of a concept than an actual tangible entity, and it relies on a physical infrastructure that connects networks to other networks.

In September 2014, the total number of websites with a unique hostname online exceeded 1 billion. This is an increase from one website (info.cern.ch) in 1991. The first billion Internet users worldwide was reached in 2005.

Management software is a general phrase used to describe a category of computer...
Read more
Design

A memory leak is a bug in a program or application that prevents...
Read more