Touch ID is a fingerprint reader on newer iPhone and iPad devices that enables users to quickly sign in to their device as well as authorize transactions without needing to enter a passcode.

Apple’s Touch ID “fingerprint identity sensor,” as the company calls it, uses capacitive touch technology to detect a user’s fingerprint, and then uses the authorization to efficiently unlock the user’s smartphone, tablet or notebook; purchase apps or other digital content within iTunes and other Apple digital media stores; authenticate Apple Pay purchases or in-app purchases and more.

How Touch ID Data Is Stored and Support for Touch ID

The Touch ID fingerprint data is stored within a “secure enclave” on the device’s primary microprocessor chip rather than on a remote server or in Apple’s iCloud, helping to alleviate some security concerns about protecting the fingerprint data from cyber criminals. 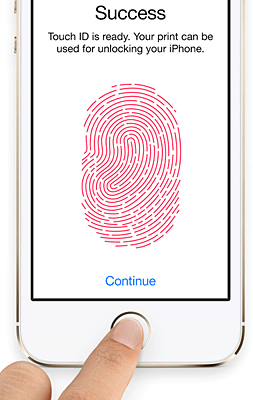 Touch ID first debuted in 2013 on the iPhone 5S, and is now supported on iPhone 5S and later smartphones as well as iPad Pro, iPad Air 2 and iPad mini 3 and later tablets and MacBook Pro notebooks. The iPhone 6S introduced a second-generation Touch ID sensor that recognizes fingerprints up to twice as fast as the first-generation Touch ID sensor utilized in earlier iPhones.

For the upcoming iPhone 8, Apple is rumored to be developing a new Touch ID sensor that is built into the device’s OLED screen. The new Touch ID sensor will rely on ultrasound to read a user’s fingerprint rather than the capacitive touch technology utilized in previous TouchID sensors.