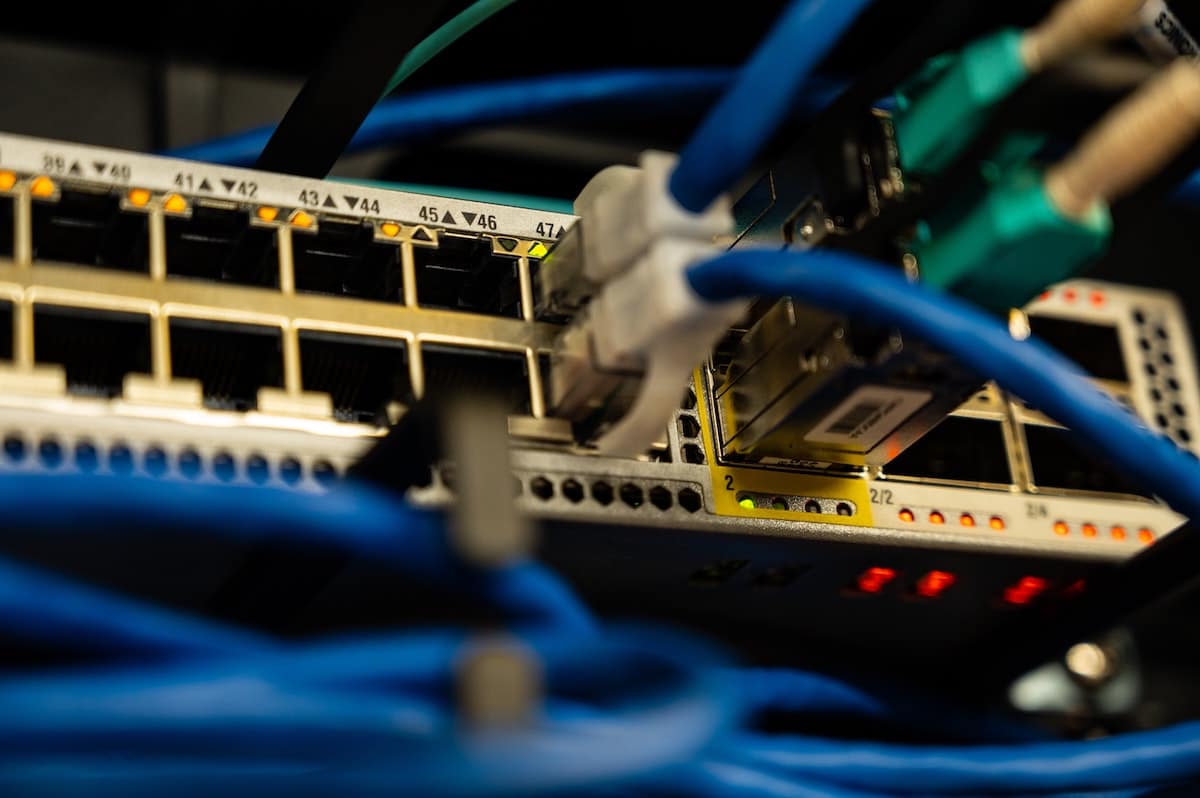 A network hub is a device that allows multiple computers to communicate with each other over a network. The computers connect through ethernet ports built into the network hub. Typically hubs contain between four and 12 ethernet ports. These devices are best suited for small local area networks (LAN).

How does a network hub work?

Network hubs are a Layer 1 device according to the Open Systems Interconnection (OSI) reference model. This signifies that they operate solely at the physical layer, as opposed to a software application.

These hubs operate by forwarding packets of information to all other computers connected to the device. When a packet arrives at one of the ethernet ports, it is then copied to the other ports so that all segments of the LAN can access the information stored in the packet.

There are two types of network hubs: active and passive.

Active hubs include their own built-in power supply. They are able to clean, improve, and relay the signals sent between connected computers. Active hubs can be used as repeaters and as an extension for two or more additional nodes.

Passive hubs do not have a built-in power supply. These hubs act solely as a point of connectivity. This means they are unable to clean or improve signals sent between computers. They cannot extend the number of nodes but can increase the distance between them.

Network hubs and network switches serve similar purposes but switches offer a number of additional, more advanced functions. Hubs are sometimes referred to as “dumb devices.” This is because they broadcast all incoming packet data indiscriminately to every single computer connected to them.

Switches, on the other hand, are sometimes called “intelligent devices.” Unlike hubs, network switches can intelligently broadcast information to specific ports and connected computers.

Network hubs used to be a popular option primarily due to their lower price. But switches have decreased in price to be comparable to network hubs, so they are now more commonly used than hubs.

The less advanced functionality of network hubs can lead to two main disadvantages over switches. Because hubs broadcast packets to all connections, they can consume unnecessary bandwidth and slow the transfer of information across the LAN. This can also be a security risk as information may be sent to unintended users who share the network hub connection.

Recommended Reading: The Difference Between Hubs, Switches and Routers.

How Does a Network Hub Work?