Downtime refers to periods of time during which a computer system, server or network is shut off or unavailable for use. Systems go through periods of downtime for a variety of reasons, including power or hardware failure, system crashes, hacker attacks, system reboots, operating system and/or software updates, lack of network connectivity and more.

While some downtime events are planned as part of maintenance schedules (“planned downtime”), in many cases periods of downtime result from unplanned or unexpected events like network outages and hardware failure.

Downtime vs. Uptime and High Availability

In contrast to downtime, the periods of time when a computer system is fully operational and available to users and other systems are referred to as uptime or periods of availability.

A closely related term is High Availability, which refers to computer systems that have a very high rate of uptime and that have been developed to be able to survive single points of failure in order to avoid potential downtime. 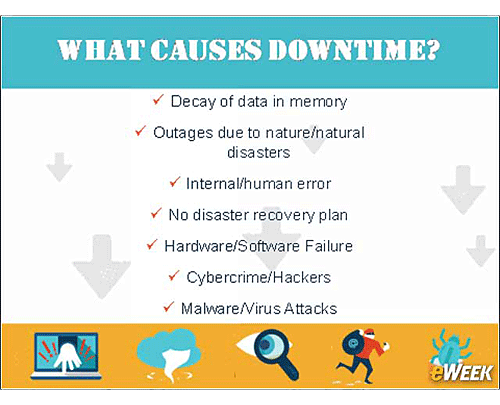 System administrators and other IT personnel are often tasked with ensuring the availability of mission-critical computer systems and preventing and minimizing enterprise IT downtime events as much as possible.

Reviewed by Web Webster   Learn about each of the 5 generations of computers and major technology developments that have led to the computing devices that...
Read more

Heuristic, pronounced hyoo-ri-stihk, is a Greek term for individually finding or discovering. In...
Read more
Definitions

What is a hackerspace? A hackerspace, also known as a hacklab, incubator, or hackspace,...
Read more
Computers