DisplayPort (DP) is an audio/video (A/V) display interface used to connect a video source to a display device. For example, you may connect a computer monitor to the PC using the DisplayPort. DisplayPort primarily replaces older interface technologies, including VGA and DVI.

The interface is typically found on on tablets, notebooks, and desktop computers and monitors. The display interface is also included on some digital televisions but is more often associated with devices related to computing and digital consumer electronics (CE). 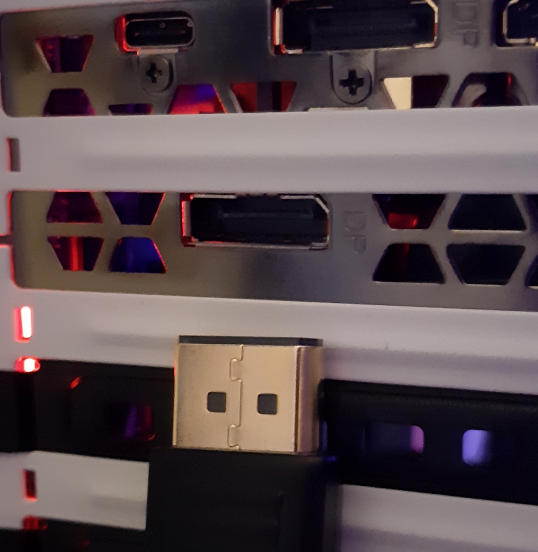 DisplayPort is developed by a consortium of PC and chip manufacturers and standardized by the Video Electronics Standards Association (VESA). The DisplayPort specification calls for full A/V performance (up to 8k at 60Hz), SuperSpeed USB (USB 3.1) data, up to 100 watts of power over a single cable, reversible plug orientation and cable direction and adapters that support HDMI 2.0a and full 4K UHD resolution.

The current version is DisplayPort 1.4a, published in April, 2018. This version defines the new normative requirement and informative guideline for component and system design.

While there may be some overlapping competition between HDMI and DisplayPort, the two specifications are quite different and each has a different product focus. Where HDMI is considered to be the de-facto connection for home entertainment systems and is widely available on HDTVs as an A/V interface, DisplayPort was developed to support the higher performance requirements of personal computers, is based on updated signal and protocol technology.

Monday.com is a cloud-based work operating system that can be used for a...
Read more
Definitions

The secure socket tunneling protocol (SSTP) is a VPN protocol where...
Read more