A webcam, short for web camera, is a piece of video hardware that is either external or internal to a computer. The webcam takes photos or video using standard digital camera features such as a lens, an image sensor, memory to save the images, and data compression. Image sensors translate light and movement into computer readable data. Some webcams also have an LED light that activates whenever the webcam is on or recording data. The webcam used in most Apple devices is called the Apple iSight camera. 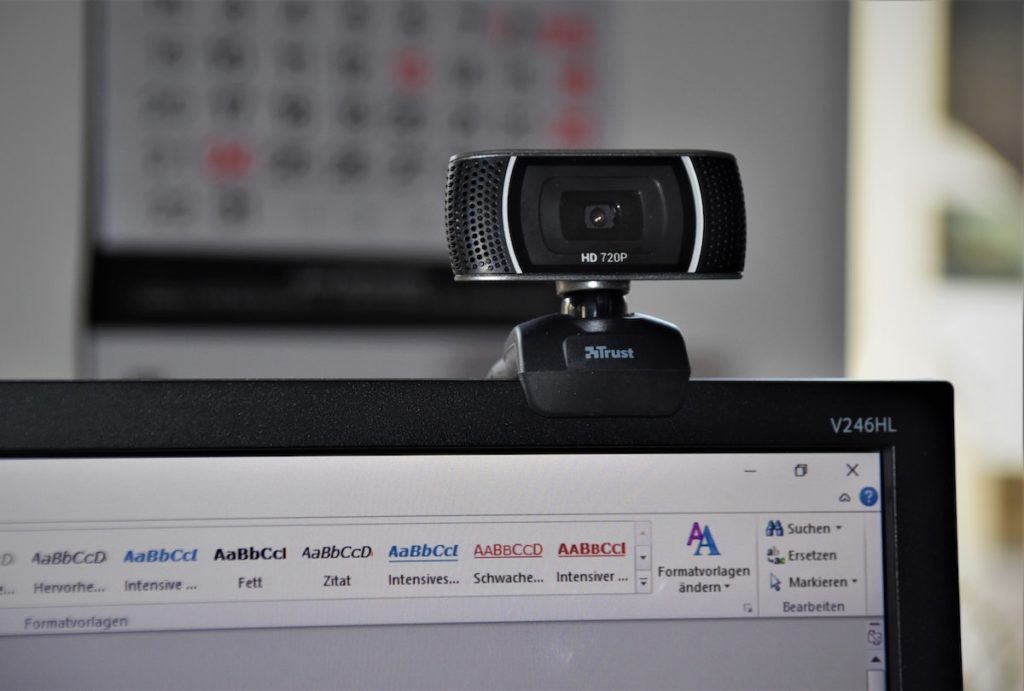 External webcams have higher quality than laptop cameras partly because they have more space for the lens and other hardware; they don’t have to fit within a skinny laptop cover. External webcams also have room for other features such as video effects, computer clips, and tripod attachments.

During the COVID-19 pandemic, when people had to work from home, many external webcams temporarily sold out.

Webcams have one or all of the following features:

Webcams are essential for video conferencing, which many businesses require, particularly after COVID-19 forced employees to home offices and virtual meetings. These video conferences can be as simple as a brief FaceTime call between two coworkers, using native webcams, or can simulate a conference room by using 360-degree video technology.

Video bloggers (vloggers) or anyone who regularly publishes videos of themselves on YouTube also find webcams useful.

In the past ten years, webcams have been scrutinized for the personal data they gather and the ways that data could be misused (mainly to spy on computer users). Malware and viruses can infiltrate a computer, activate the webcam without owners’ knowledge, and record their activities.  In the mid-2010s, there was a push to cover webcams, either with a lens cover or even a piece of Post-It note.

In response, operating systems increased the security settings needed to connect an external webcam or allow an application to access the webcam. Other ordinary security precautions, such as avoiding suspicious links and untrusted applications or app stores, can also help computer users avoid downloading malware that could compromise privacy through an unsecured webcam.

Jenna Phipps
Jenna Phipps is a contributor for websites such as Webopedia.com and Enterprise Storage Forum. She writes about information technology security, networking, and data storage. Jenna lives in Nashville, TN.

A light emitting diode (LED) is an electronic component that emits (gives off)...
Read more