A logo is a symbol, mark, or other visual element that a company uses in place of or in conjunction with its business title. Logos are usually vector images, which are based on mathematical formulas instead of bitmapping and are therefore more versatile. When logos are created as raster images, which are created using a fixed number of pixels, they are not as easily scaled up or down and are more difficult to use across web and print mediums.

Many logos are created by professional graphic designers using applications like Adobe Illustrator or Photoshop, but sometimes non-designers can create logos using more user-friendly applications like Canva or Procreate. The content of the logo and how it will be used are equally important considerations when creating a logo. A strong logo signifies a company’s core purpose and makes it easy to recognize the company among its competitors. A logo is part of a company’s broader brand identity, which includes other design elements like typography and color scheme as well as non-design monikers that are unique to the company.

There are seven distinct categories of logos that are commonly found in the business world.

Abstract marks are graphics that are less representative of a real-world object (like pictorial marks) and more symbolic of a broader concept for the brand. For example, Microsoft’s current logo consists of four different color squares arranged in a 2×2 grid. The two-dimensional window that the grid creates is perhaps a reference to Windows, one of the core products Microsoft offers. Some designers have theorized that each of the colors has symbolic meaning for four of Microsoft’s lines of business as well:

A mascot is a character that personifies the company’s brand. They sometimes act as a spokesperson for the company and can make the brand more accessible to a wider audience. For example, the Linux penguin mascot, named Tux, is used in different variations to represent most Linux distributions and programs. Although Linux is a family of open source operating systems and not a for-profit company, Tux has become a fixture in the community of Linux users, many of whom have used Tux in video games or created physical Tux toys. 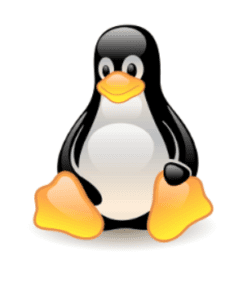 An emblem consists of text that is set inside a shape or icon and is often used as a stamp or seal. Many educational institutions and government agencies use emblems as their logos. Emblems are also a more traditional logo style, and many companies’ current logos once started as an emblem. For example, one of AT&T’s earliest logo designs was an emblem in the shape of a circle with a bell icon in the center that reads BELL SYSTEM. Sometimes a local operating company’s name would be added to the circle of text surrounding the bell, but a series of acquisitions and divestments eventually led the AT&T logo to evolve to its current, simplified version. 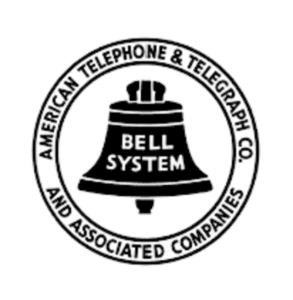 Among the simplest types of logos are wordmarks, which are essentially the company name in a stylized typeface. Sometimes the font plays a significant role in a wordmark logo, but color can also be used symbolically. For example, the current Intel logo is mostly black text except for a blue tittle (the dot above the “i”). As Intel describes in its brand and visual identity, this is meant to symbolize the impact of doing something small that leads to something big.

A lettermark logo is similar to a wordmark logo, except that it uses an abbreviation of the company’s full name. For example, IBM is an abbreviation for International Business Machines, although the full name is rarely used to refer to the company anymore. In 1972, American graphic designer Paul Rand replaced the former logo design’s solid lettering with eight horizontal lines meant to signify “speed and dynamism,” according to IBM’s archives.

In contrast with abstract marks, pictorial marks are meant to represent a real-world object. An example of this is the current Apple logo, which is a pictorial of an apple that has been bitten into. There are many speculations about the meaning behind specific design choices used to create the logo, including the type of apple it’s meant to represent and the arc measures of the various curves. However, the pictorial mark of an apple is an obvious reference to the company name and has become a substitute for all typography on most of Apple’s branding. 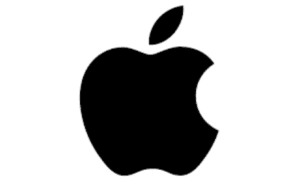 As the name suggests, a combination mark is a combination of logo elements (pictorial marks, abstract marks, lettermarks, wordmarks, etc.) to create a complete image. Combination marks can be complex or they can be very simple, as in the case of Amazon’s current logo. The Amazon wordmark sits atop an arrow pictorial mark, and the combination of the two creates symbolic meaning. The arrow pointing from the first “a” to the “z” can be interpreted to represent the idea that Amazon offers all products—from a to z—in its marketplace. The curve of the “z” above the point of the arrow also looks somewhat like a half smile, which could signify customer satisfaction.

Remote desktop software gives businesses tools to use their company computers and resources from geographically distributed locations. The flexibility to log into a remote...

Gartner is a world-renowned information technology (IT) consultancy and advisory firm that conducts research on different technologies and provides insights to clients for smarter...

Web servers are computers that deliver, or serve, web pages to internet end users. Web servers require both hardware and software to work. Every...

As employees and customers alike have changed their IT usage habits as a...
Read more