The successor to the Pike release of the OpenStack open source cloud computing platform, OpenStack Queens made its debut on February 28, 2018, as the seventeenth major release of OpenStack. Queens arrives as the first update in 2018 for OpenStack, and its successor, OpenStack Rocky, is expected to follow later in the year. 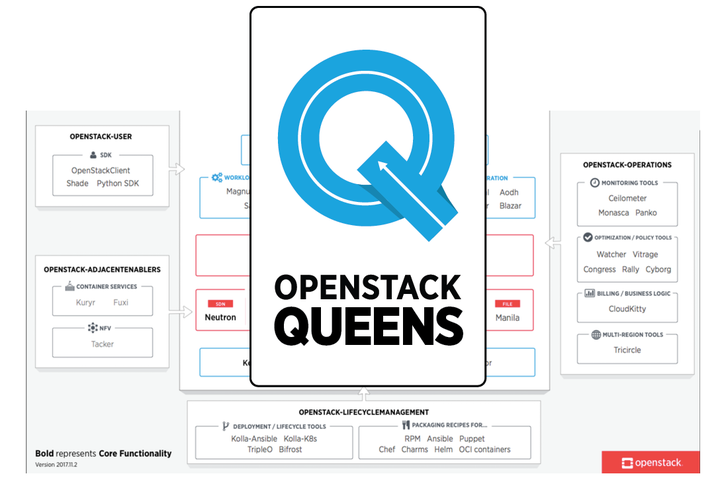 While the OpenStack Pike release focused largely on stabilizing and optimizing existing projects and interoperability, OpenStack Queens delivers a variety of new capabilities and features, as well as new projects.