A network investigative technique, or NIT, is a drive-by download computer program designed to provide access to a computer in order to obtain information about the system or data contained on that computer. 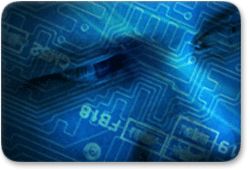 The information obtained by an NIT can range from simply a computer’s name and address at the most basic level to complete files, web history, webcam activity and more.

Network investigative technique tools have gained recent attention as the FBI has started to use NITs in going after cyber hackers that rely on the open-source Tor software to help them surf the web anonymously.

Government NIT tools have also come under scrutiny as their usage has increased as a result of their potential for privacy abuse and infringement upon the Fourth Amendment, and also because they function as a form of malware that enables unauthorized access to a user’s computer.

At the same time, government agencies have sought to expand their ability to use network investigative techniques beyond the current scope, wherein a judge can only issue an NIT warrant for surveillance of computers within a judge’s jurisdiction.

These efforts have led to the U.S. Supreme Court amending a procedural rule known as Rule 41 that would allow judges to issue warrants for the government to use network investigative techniques to hack computers anywhere, including when users rely on the anonymizing Tor network to keep the physical location of their computer hidden.

Rule 41 is on track to go into effect on December 1st, 2016, unless the U.S. Congress reverses the rule changes in legislative action prior to that date.

UPDATED: This article was updated April 6, 2021 by Web Webster   From A3 to ZZZ we list 1,559 text message and online chat abbreviations to...
Read more

UPDATED: This article was updated April 6, 2021 by Web Webster   This Webopedia guide will show you how to create a desktop shortcut to a...
Read more

What are the 5 Generations of Computers?

UPDATED: This article was updated on April 6, 2021 by Web Webster   Learn about each of the 5 generations of computers and major technology developments...
Read more

What is a hackerspace? A hackerspace, also known as a hacklab, incubator, or hackspace,...
Read more
Computers