monday.com is a cloud-based work operating system that can be used for a variety of needs, including project management, collaboration, and scheduling.

How is monday.com used?

More than 110,000 businesses use the platform for project management, sales and CRM, marketing, design, software development, task management, operations, HR and recruitment, IT management, and more. The company is based in Tel Aviv, Israel and has offices in Australia, the United States, and the United Kingdom.

monday.com was founded in 2012 and originally went by a different name, daPulse. The software was commercially launched in 2014 and later changed its name to Monday.com in 2017. In the same year, it was named one of the Top 15 Fastest Growing Companies by Deloitte.

After several rounds of funding, Monday.com was valued at more than one billion dollars in 2019. This meant the company gained “unicorn” status and joined the ranks of other prominent tech companies like ByteDance, SpaceX, and Stripe.

In 2019 and again in 2020, the company won Webby Awards for Work & Productivity Apps and Software. monday.com launched “Monday 2.0” in 2020 as a “work operating system that enables organizations of any size to build custom apps” that meet specific business needs. The company filed for an IPO in May 2021 and officially became a publicly-traded company in June 2021.

The company began styling the name of its project management system with a lower-case M (monday.com) in early 2022.

monday.com is often praised for its attractive, intuitive user interface and customizable features. The dashboard provides quick access to top-level metrics that are critical to have in decision-making processes. This information can be tailored to a specific goal or business priority. monday.com’s original purpose was to be a project management tool, so it has a wide range of features that help with task management, collaboration, file management, and project visualization. Users can view their projects according to different priorities, including Gantt charts and Kanban boards. Automation features give users the power to eliminate repetitive tasks, like creating recurring tasks or alerting project owners when a certain task has been completed. This helps save time in the long run, reduces duplicated work, and ensures all project participants are on the same page. 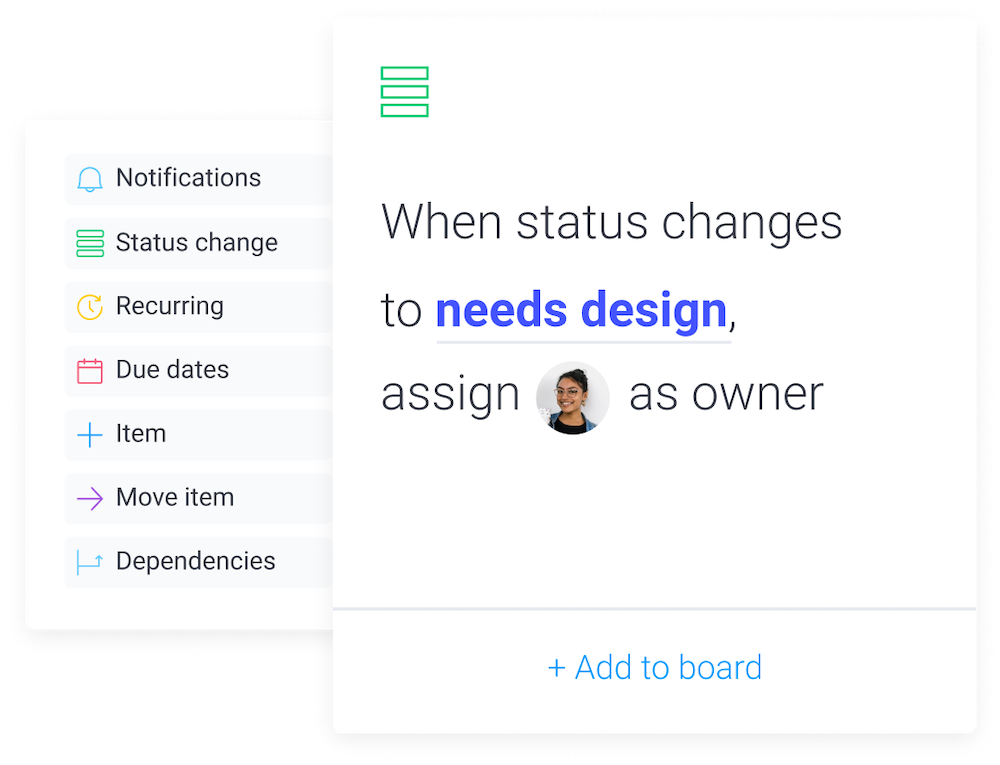 Last but not least, monday.com’s offered as as a web app for laptops and desktops or mobile apps for smartphones and tablets. All project details and files are synced to the cloud, so they are accessible across all supported devices.

As of March 2022, monday.com is offered in five different editions:

NEXT: an in-depth review on monday.com to see if this popular PMS is right for you.

Read it at Project-Management.com.