Since 1973, all projects must have military applications, but many of the projects have never been incorporated into the military due to feasibility, cost, lack of current need, and other reasons. Dozens of DARPA projects have entered the civilian and commercial sphere or laid the foundation for innovations of global, paradigm-shifting impact.

DARPA has supported the development of technologies that have changed enterprise markets and the daily lives of people throughout the world, such as the internet. However, DARPA has done this work with a staff of around 250 and a minimal budget relative to many other research institutions.

Its list of achievements despite these constraints has been attributed to its management style and many other aspects of its approach:

The result is that while many projects have failed to produce working prototypes or have not gone into production, even “failed” research often lays the groundwork for massive-impact innovation.

Why Was DARPA Started and How Has the Organization Evolved?

ARPA was established by U.S. President Dwight Eisenhower in direct response to the Soviet launch of Sputnik 1 in 1957. Upon realization that the Soviet Union had developed the capability to develop and exploit military technology, the U.S. acted to stay ahead in the military technology race by establishing an advanced military research institution.

One major focus of DARPA at its outset was space technology. However, the National Aeronautics and Space Administration (NASA) was founded later in 1958, and most of DARPA’s funding was transferred to NASA to invest in the space race. At that time, ARPA was repurposed to do the “high risk,” “high gain,” and “far out” research that it has been known for ever since.

What Non-Military Uses Do DARPA Projects Have?

DARPA supported the development of several technologies that are fundamental to modern computer sciences. The most foundational of these were the personal computer (PC), graphical user interface (GUI), and the computer mouse. These innovations were rudimentary in their first iteration when compared to today’s technology, but they have laid the groundwork for personal consumer devices and businesses ever since.

DARPA also supported the development of ARPANET and similar technologies, as well as transmission control protocol/internet protocol (TCP/IP), hypertext, hypermedia, and hypertext systems. These technologies eventually evolved into the internet and are now integral to business, government, and daily life for many regions throughout the world. DARPA also funded the Aspen Movie Map, one of the first hypermedia systems and a precursor of virtual reality.

DARPA has supported foundational research in the speech recognition and signal processing domains of artificial intelligence (AI). The Personal Assistant that Learns (PAL) program was a computing system designed to make military decision-making more efficient and effective. The voice assistance and command technology were then further developed by the company Siri Inc., which was then purchased by Apple Inc. The technology has been integrated into Apple’s Siri voice assistant that now comes installed on the operating systems of Apple PCs and mobile devices.

One of DARPA’s earlier cybersecurity projects was “the onion routing” (Tor) browser. DARPA ceased the development of the Tor browser and released the code as open source in the mid-1990s. The Tor browser protects online anonymity. It isolates websites so third-party trackers and ads can’t follow visitors, provides no other user identification information than that visitors are using a Tor browser, and resists fingerprinting based on browser and device information. It also provides multilayer encryption and allows access to sites blocked by the user’s home network.

The Memex program offers state-of-the-art content indexing. After its launch, it aided military, law, and intelligence forces in the investigation of human trafficking by indexing subsets of the internet, such as forums, chats, advertisements, and job postings used for trafficking-related communications and transactions.

Ongoing encryption projects are also a focus. Fully Homomorphic Encryption (FHE), under development, would allow data to be used without being decrypted, which would decrease its vulnerability to cyberattacks and data leakage. FHE requires hardware acceleration to handle a large amount of necessary computing power.

Another in-progress encryption project is the Quantum Information Science and Technology (QuIST) program that is developing quantum key distribution. DARPA’s leadership in the development of quantum encryption methods and protocols could also prevent successful cyberattacks against the military and civilians alike, as quantum encryption can also be used by hackers for attacks such as brute force and ransomware.

DARPA helped develop the global positioning system (GPS), which is used for locating satellites and is a basic component of modern mobile device information systems. DARPA also helped develop the first weather satellites, which laid the path for the development of military observation satellites and communications satellites that modern cellular communications depend on. The Orbital Express Space Operations Architecture program is now developing autonomous on-orbit refueling and reconfiguration of satellites, which would improve the performance and longevity of satellites.

DARPA supported the development of drones in 1988, which opened up remote warfare capabilities. However, business and consumer applications have abounded, including aerial video capture and photography, mapping, search and rescue, surveillance, traffic monitoring, weather monitoring, and firefighting.

For the Urban Challenge, DARPA hosted teams to compete in creating autonomous vehicles that could navigate an urban landscape. The race validated the feasibility of autonomous vehicles, which have since gone into commercial production.

Shakey the Robot was an early demonstration of machine learning (ML). Debuted in 1966, it was the first mobile robot with enough artificial intelligence to navigate on its own through a set of rooms. It was comprised of a TV camera, a range finder, radio communications, and a set of drive wheels.

Big Dog is a robotic pack mule, designed in 2005 to carry equipment for foot soldiers. It integrated components, such as a variety of sensors, gyroscope, LIDAR, and stereo vision. It is able to run at 10 km/h, climb slopes up to 35 degrees, navigate a variety of terrain, and carry up to 150kg. It was never put into production for military use, in part due to being too noisy and possibly giving up soldiers’ positions, but it demonstrated the possibilities of robotics and autonomous navigation.

The Atlas disaster-response robot was designed as a first responder for natural and manmade disasters. Debuting in 2013 as a 6’2″, 330 lb humanoid robot, it was capable of a range of natural movements. It was designed in response to the DARPA Robotics Challenge (DRC), a competition intended to spur the development of robotics. A series of improvements were made to its power efficiency, communications, strength, durability, and appearance by 2015.

A product of one of DARPA’s material sciences projects was glassy carbon, which has been widely used in heart valve surgical transplants.

In 2013, DARPA awarded Moderna $25 million to develop the idea of using messenger RNA to make vaccines. Moderna developed the concept, and it was put to use during the COVID-19 pandemic in 2020 to develop a vaccine for the virus. Due to the urgency of the health crisis, development was expedited and the vaccine went into mass production and distribution. DARPA has also supported programs to improve the diagnosis, detection, treatment, and prevention of COVID-19 since the pandemic started, all while improving pharmaceutical production and supply chains.

Do Other Countries Have Something Similar to DARPA?

Russia, China, the European Union, and the UK, among other countries, have all announced the intention, are actively developing, or have already established institutions modeled after DARPA. Even within the U.S., there are a number of organizations modeled after DARPA. While many aspects of DARPA’s approach can be adopted by these institutions, some countries may lack an environment of radical inclusion, with highly capable and motivated recruits, and other incentives that make the U.S. a preferential destination for intellectuals and scientists.

Which Enterprise Technologies Have Their Origins in DARPA Work?

Many enterprise applications (EA) of the past three decades have their origins in or rely on foundational DARPA projects. Most EAs are now delivered as software-as-a-service (SaaS), which are remote or hybrid services that depend on personal computers, the internet, and satellites for delivery.

Many enterprise technologies have AI or ML capabilities that are based on or influenced to some extent by DARPA projects. Some enterprise cybersecurity automation solutions have also been drawn from DARPA’s work on AI and ML or were refined in competitions hosted by DARPA.

EA innovation stands to benefit from current DARPA projects, as well. EA security could be improved by the successful application of quantum cryptography and fully-homographic encryption. Finally, DARPA is currently undertaking the development of “Third Wave” AI technologies, some of which will likely be incorporated into EAs in the future.

Learn about some of the Top SaaS Companies here. 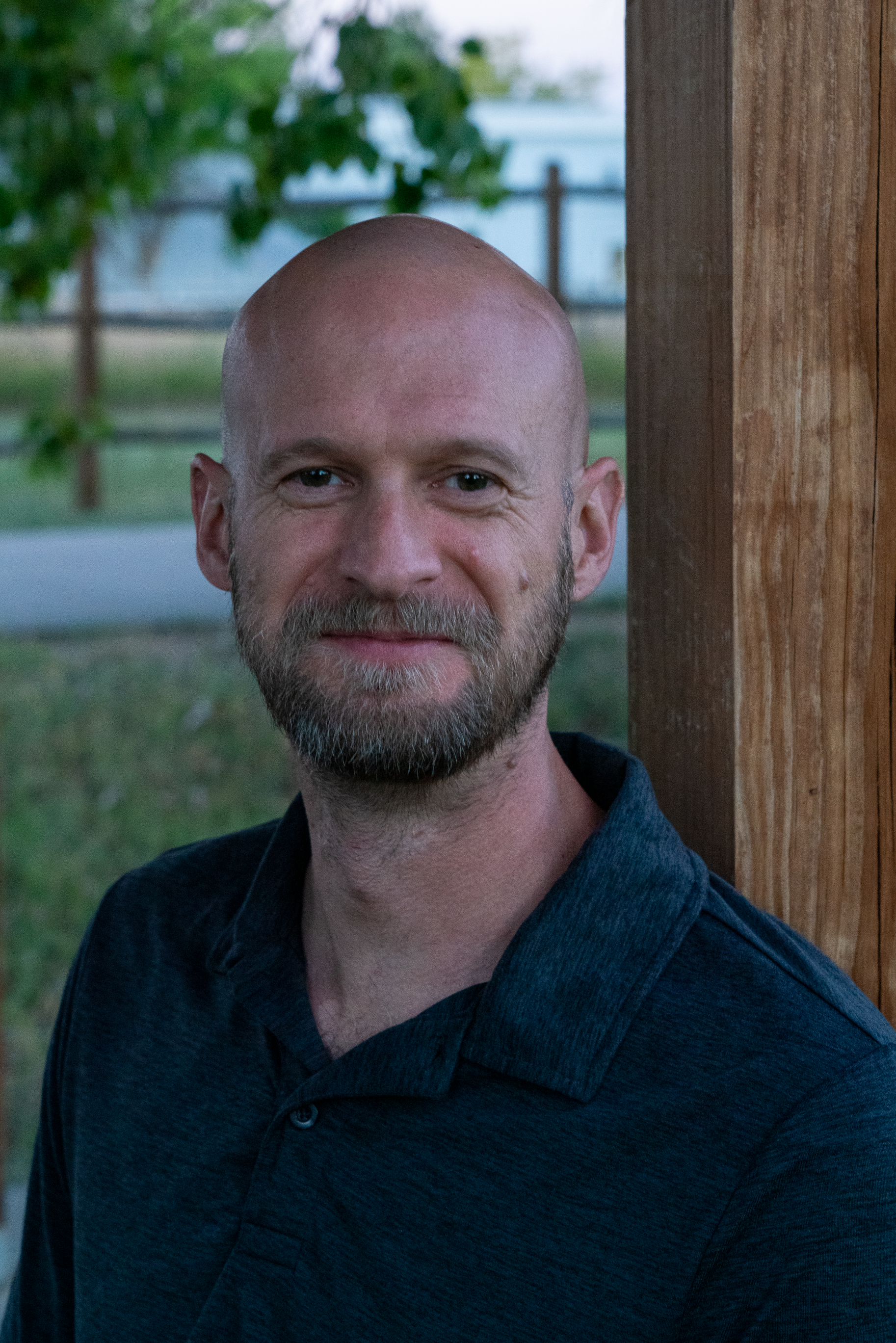