A digital video recorder – commonly referred to as just DVR – is a digital machine capable of recording and storing videos for later access and watching by consumers. While DVRs have moved towards cloud storage, earlier editions stored content on an internal hard drive.

DVRs enable consumers, businesses, and organizations to record content like a favorite television show, press conference, or video surveillance. The successor to videocassette recorder (VCR) technology, the DVR eased consumers’ ability to record and watch content at their leisure and was a significant increase in content storage compared to a videotape.

At the height of DVR usage, TiVo was a leading provider with 4.36 million subscribers in 2006. As streaming platforms arose in the years after, consumers shifted away from recording traditional broadcasts in favor of content readily available via streaming service. 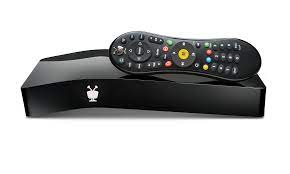 How is a DVR used?

A DVR is capable of recording, storing, and playing back content for consumers. Initially, DVRs were a separate physical unit from the TV monitor, cable box, or additional machines. As digital solutions ramped up in the 2000s, DVRs moved from being offered as separate units to being embedded in the consumer’s cable box or integrated service plan. With their remote, consumers can use a DVR to find scheduled content and record for later watching.

Skipping commercials was never easier than with the development of the digital video recorder. While a consumer could manually fast forward through their VCR tape, DVR introduced automatic 30-second and 60-second skip options. With more control, watchers could maximize their time, skip the waiting game, and pick up where they left off.

While a DVR can record a custom list of content available anytime, many consumers moved towards streaming services in the 2010s for a similar reason. Both enabled consumers to cut cables and save money on cable or satellite services.

Since 2005, the dance competition television series Dancing with the Stars has been a hit for ABC. Airing at 8pm EST, preoccupied viewers chose between watching live or missing it entirely. With DVR, the individual or group could schedule the recording or the entire season and watch at the most convenient times.

With the ability to record multiple shows or an entire series, viewers could watch multiple episodes in a row. In retrospect, this was a stepping stone to the binge-watching culture presented by streaming services.

DVR for Business and Security

Organizations require physical security of their assets, offices, and more. Video security – also known as closed-circuit television (CCTV) – has long been a primary method for protection and recording incidents. Like VCR before, DVR offers businesses and security personnel visibility into their physical security at any time. DVR features like searching by event, time, date, and camera to optimize personnel’s ability to review past footage.

Television came into global view during the first half of the 20th century and became even more accessible as the decades progressed. The 1970s produced the first step towards watching shows after they had aired: the videocassette recorder (VCR).

VCRs were a top product and enabled the recording and storing of content for almost three decades. The launch of DVRs in 1999 made recording more content less expensive with higher video quality and consumer options for playing.

Telecommunication refers to telephony and cellular network technology. However, the broader definition includes all wired and wireless networks, such as the Internet. Now that...

Streamlabs is a full-stack open-source software application for streaming and broadcasting live videos to a variety of platforms, including YouTube, Twitch, Facebook, and TikTok....

Telecommunication refers to telephony and cellular network technology. However, the broader definition includes all wired and wireless networks, such as the Internet. Now that...

A webcam, short for web camera, is a piece of video hardware that is either external or internal to a computer. The webcam takes...